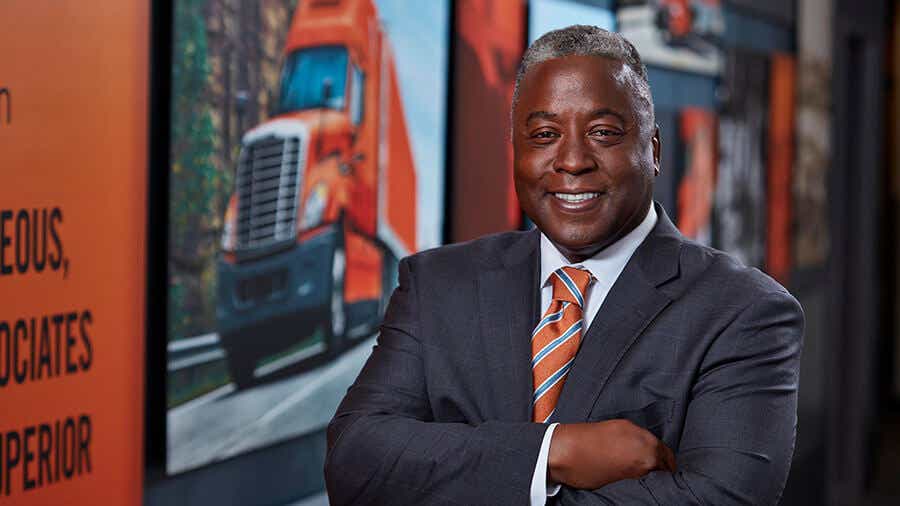 GREEN BAY, Wis. (February 1, 2022) – Schneider, (NYSE: SNDR), a premier provider of trucking, intermodal and logistics services, is proud to announce Executive Vice President and General Counsel Thom Jackson has been named one of the “Most Influential Black Lawyers” by Savoy Magazine. This award recognizes African American men and women for their legal guidance and expertise in leading national and global corporations.

“The fact that this recognition exists for general counsel is exciting and I’m humbled to be included among the exemplary leaders acknowledged this year,” said Jackson.

Jackson leads Schneider’s global legal, government relations, insurance and claims teams. A trusted advisor, he has more than 30 years of experience in advising companies to think strategically and manage risk.

His leadership within Schneider, the legal profession and the community at large sets the standard for professional excellence as well as community involvement. In addition to advising the company on a wide range of legal and business issues, he serves on the boards of the U.S. Chamber Institute for Legal Reform, Villanova Law Board of Consultors and Greater Green Bay Chamber.

“Thom’s broad and deep expertise has been greatly beneficial to Schneider and the teams he works with,” said Schneider President and CEO Mark Rourke. “Leaders and industry groups often seek out advice from Thom on matters beyond the law. I am thrilled for Thom to receive this honor.”

“I have always believed that I bring more to the table than just my legal expertise,” said Jackson. “I am increasingly being called upon as both a legal and business advisor to the senior leadership team and the Board of Directors which requires that I draw upon broader business knowledge and a wider skill set including negotiation skills and specializations – such as securities law. Differentiation as a general counsel comes from being more than ‘just a lawyer’.”